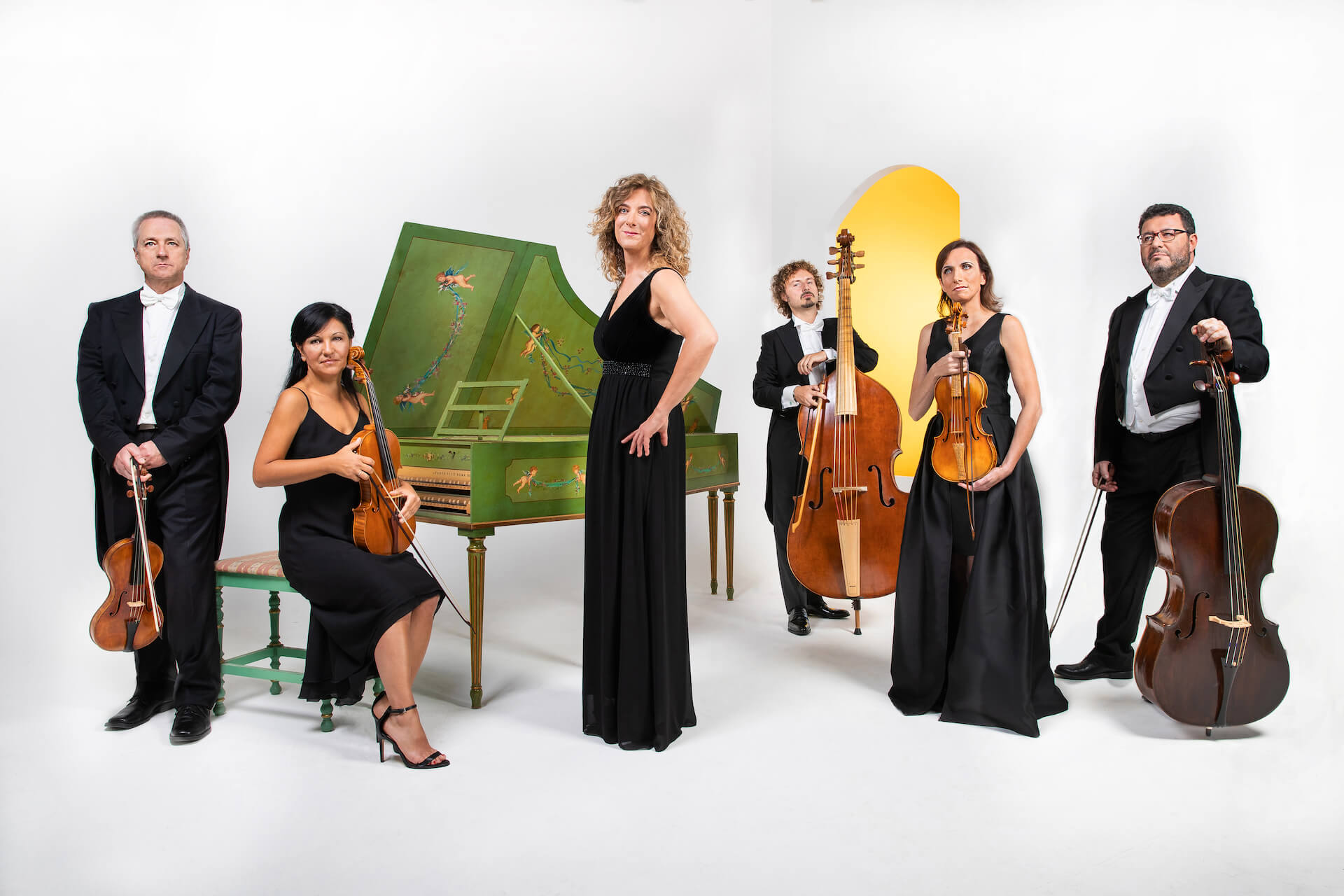 L’Archicembalo was born in 2000 under Marcello Bianchi (violin and konzertmeister) and Daniela Demicheli’s (harpsichord and artistic director) will to found an ensemble specialised in the performance of a musical repertoire from Baroque to early Classicism according to ancient praxis and with original instruments.

L’Archicembalo is the result of years-long work and research, not only for music but also for the right fellow passengers, since Marcello and Daniela’s desire has always been to give birth to a structure where performing beauty is not only created by the single players’ bravura and the respect for authors and their historical period, but also by common goals and views overreaching these unavoidable assumptions. The two musicians are certain now that they’ve found the perfect arrangement, the one that can bring to a complete trust in colleagues, trust derived from real professional esteem, from the deep knowledge of each one’s musical personality, from grasping one’s elbow-partner’s musical intention at once, from sharing views, projects, enthusiasm, much work and a deep-rooted love for the extraordinary privilege of what is more than a job.

The years-long career and experience singularly developed next to great Baroque connoisseurs – N. Harnoncourt, G. Leonhardt, S. e B. Kuijken, T. Koopman, S. Preston, C. Banchini e A. Beyer, among many others – enrich Archicembalo’s performances with an important fund submitted to the musical result and discussed searching for solutions that make the ensemble and “their” Baroque recognizable for timbre, fantasy (never unrespectful of the score), balance and character.

Especially engaged into the spreading of the XV- and XVI-century Italian repertoire, the ensemble focused on Antonio Vivaldi’s work, with a number of members varying from a trio to an ottetto.

This led to an ambitious recording project – so warmly welcomed by audience and critics that the ensemble topped the streaming charts with millions of listenings – whose main stages are the publication of a 4-CDs box for Brilliant Classics that contains the complete performance of Concertos and Symphonies for strings and basso continuo (May 2019), and the upcoming publication of 3 CDs with the complete performance of Sonatas for two violins and basso continuo.

“…their sound would be that it’s as energetic, exuberant and rhythmic as you’d expect from Vivaldi performances, with a polish and attack that places it somewhere in the middle of the Vivaldi timbral punch-o-meter.”
Charlotte Gardner – Gramophone

“ L’Archicembalo amazes through the richness of the variations on the themes as well as through the instrumental brilliance, the refined intonation and the many bow techniques used.
[..] the continuum is a perfect and highly imaginative team”.
Matthias Roth – Das Orchester

“[..] as soon as I listened to them, I was thrilled. A new, lively and harmonious interpretation, a blessing and an absolute stimulus for my ears”.
Bettina Winkler – SWR (Südwestrundfunk)

“L’ensemble, who play on period instruments, offers performances of these works which would be hard to beat..”.
Brian Wilson – MusicWeb International

“L’Archicembalo confirms an approach in reading, phrasing and the creation of the continuum that we really like, offering a bright, snappy but also poetic interpretation…”.
Piero Barbareschi – GothicNetwork