The “Alessandria Barocca e non solo…” international music festival, in its XII edition, stems from a Duo’s project started in 2010 under their will – a real need for us – to lead Alessandria back to its past musical liveliness, offering a structured concert season characterised by the presence of musicians whose excellence would guarantee the spreading of the beautiful message that art, as expression of an uncommon talent, can bring along.

The festival, initially focused on the spreading of Baroque music performed on original instruments and according to the period praxis, has subsequently extended its programme with concerts dedicated to the XX-century repertoire.
The next step, prescribed by the awareness that ‘saying is one thing and “beginning” another’, has been to extend the concert offer to places in the province of Alessandria, uncommonly chosen as venues for important productions or completely excluded from any professional concert circuit, creating thus a double path of artistical enhancement, as much for particular musical repertoires as for churches and historic buildings that are often neglected and deserted.

So, year after year, with all our passion for challenges, we’ve worked hard, stubbornly, discussing ideas, comparing views, betting on ourselves, on our musical experience and the value of our proven beliefs.
And, as for today, it’s been a winning bet.

Check out the official facebook page of the Duo Bianchi-Demicheli 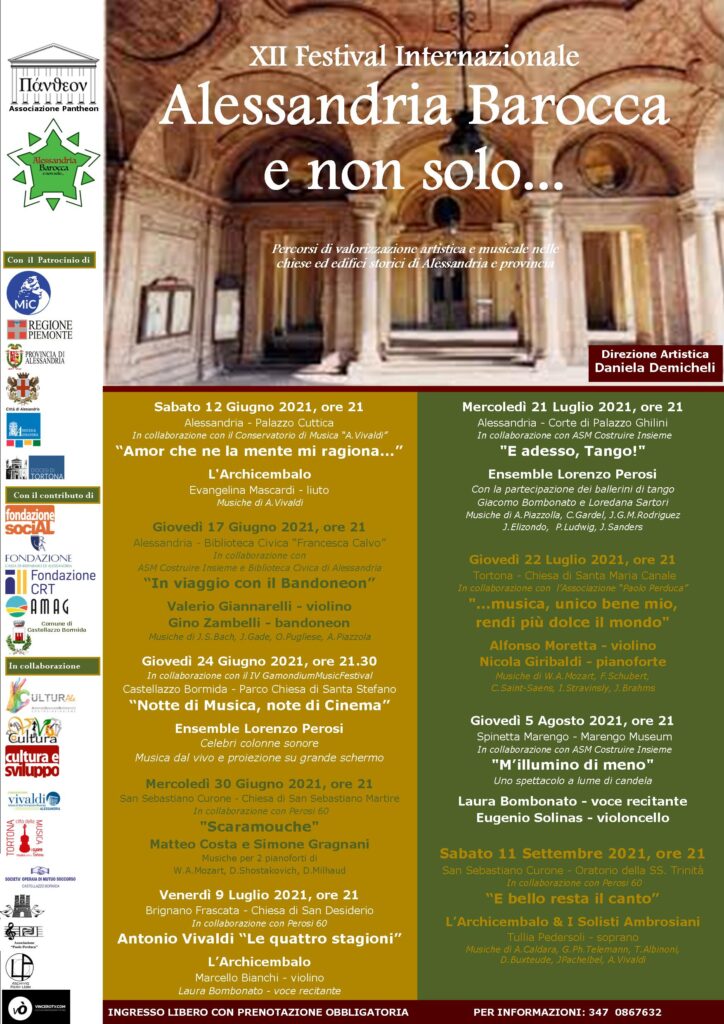