Our story as Duo Bianchi-Demicheli is about a common artistical path marked by enthusiasm and passion, study, research, growth, choices and projects, a human path of esteem and real friendship.

Our encounter with music happened differently for each of us.

Marcello met the violin almost accidentally at the age of 11 and his musical growth was swift: at 19, he had already graduated and started to teach at a musical academy, he pursued violin “perfection”, he studied the Alexander technique for a long time and decided to seal his deep love for the viola only years later with an academic degree.

For her part, Daniela began studying piano at 6, and she doesn’t remember a time when she didn’t want to play. She came across the harpsichord almost at the end of her course of study: it was a coup de foudre that led her to combine the search for piano “perfection” and the study of ancient practices and of the new instrument after her piano degree.

When in 1994 we inaugurated our artistic association, based on a common musical and chamber “feeling”, we had already had a concert career composed of performances in Italy and around the world, TV and radio recordings for the most important European networks.

As a Duo, with almost 30 years of ceaseless activity, we’ve performed in the major European musical centres and we’ve devoted ourselves to the spreading of our chamber “creed” through master classes in chamber music for strings and piano, and strings and harpsichord.

Our repertoire, particularly rich and diversified (from Baroque to our days), points to the rediscovery and enhancement of Piemonte’s cultivated music. In particular, as permanent members of the Lorenzo Perosi Ensemble since its formation in 1997, we premiered and recorded the whole production of Tortona’s composer L. Perosi. Such artistical endeavour was set into the Festival Perosiano’s concert programme since 1997 to 2000, under Arturo Sacchetti’s artistical direction and distributed by Bongiovanni music label.

Our specific studies and our individual concert and postgraduate experiences relating to ancient music and its performing practices led us to devote an ample space to our common performance of the Baroque repertoire. On our initiative, in 2000 we founded “L’Archicembalo”, an ensemble hosted by renowned festivals and concert seasons that, with authentic instruments, devotes itself to music composed since early Baroque to Classicism with respect to the original practices, aiming for a philological research that trends towards a reception of the “ancient” repertoire free from anachronistic stylistic contaminations.

“Music, such music, is a sufficient gift. Why ask for happiness; why hope not to grieve? It is enough, it is to be blessed enough, to live from day to day and to hear such music – not too much, or the soul could not sustain it – from time to time.”
From An Equal Music by Vikram Seth
On a second thought, are there any better words to describe our common path then “an equal music”? 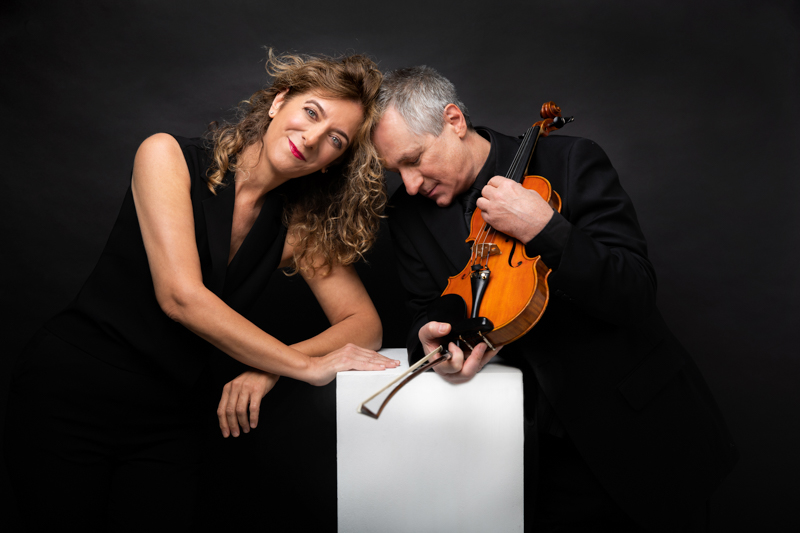